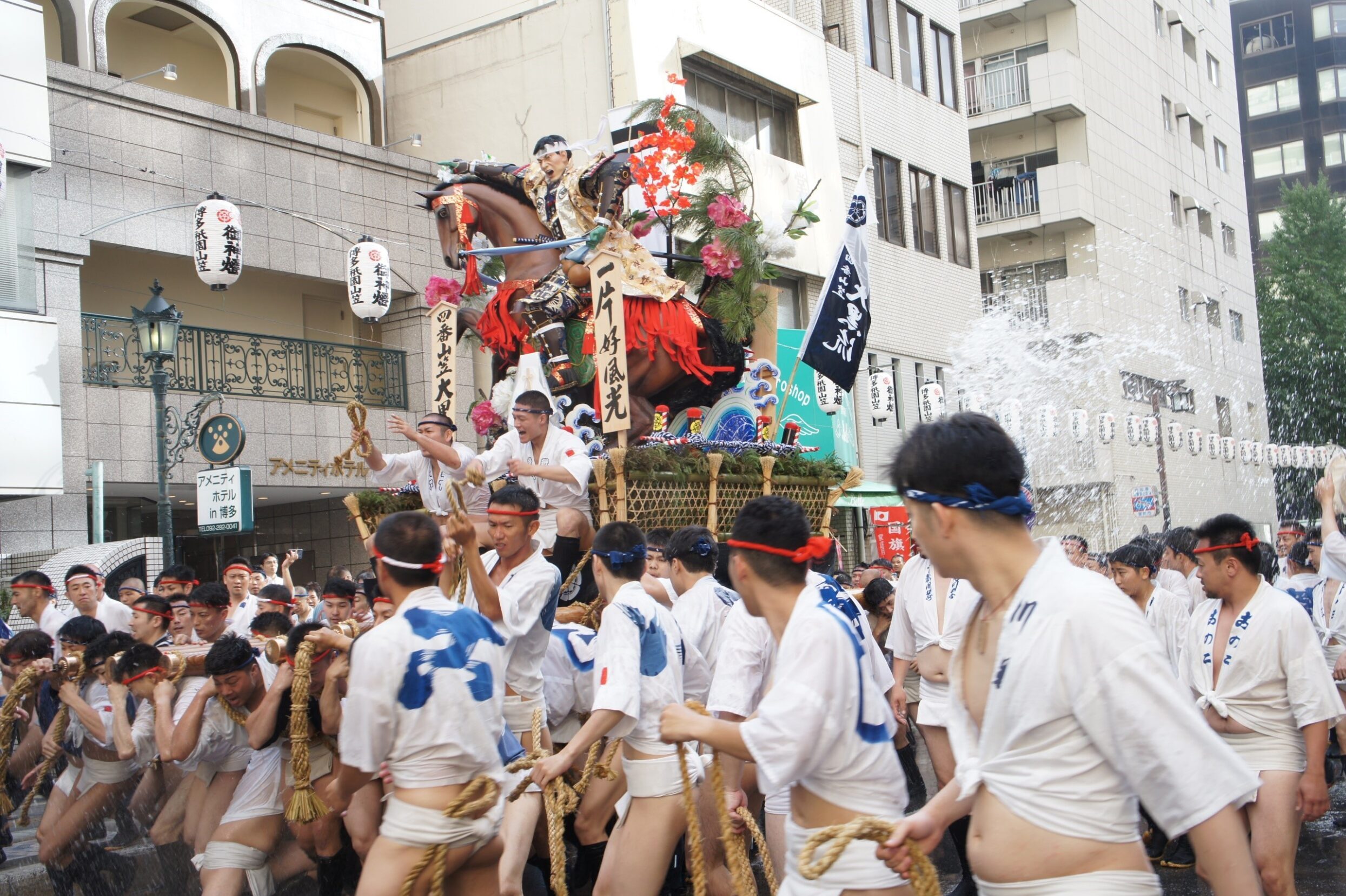 Hakata Gion Yamakasa, held from July 1, is a traditional festival with a 781-year history and is registered as a nationally important intangible folk cultural property and a UNESCO Intangible Cultural Heritage.

As the saying goes, “Yamakasa Makes Hakata! is a festival that is deeply loved by the people of Fukuoka Prefecture. This year, the festival will be held for the first time in three years.

The hostel is located a 3-minute walk from Kushida Shrine, the starting point of the Oiyama , so you can enjoy the Yamakasa festival right in front of you while staying at the hostel.

At that time, you will have the opportunity to join our staff to experience of spraying 「Kioi-mizu」on the crowds of the Yamakasa teams

Those who book under this plan will receive a document summarizing the Yamakasa schedule of times.

July 10: Nagare-gaki: You can watch Yamakasa floats carry around in the area of each team.

July 11: Asayamakasa (Shugiyama): You can see Yamakasa float carried around in the area of each team.

July 11: “Tanagare-gaki”: Three teams carry their Kakiyamas around in the area of other team.

July 14: Nagare-gaki: Final adjustments before “Oi Yamakasa”. You can see Yamakasa float being carried around in each area.

July 15 :Oi Yamakasa (4:59 a.m.): The climax of Yamakasa, a time-competitive festival. Yamakasa floats depart from the Kushida Shrine and carry the floats along the 5-km “Oi-Yamakasa Course” to the goal.