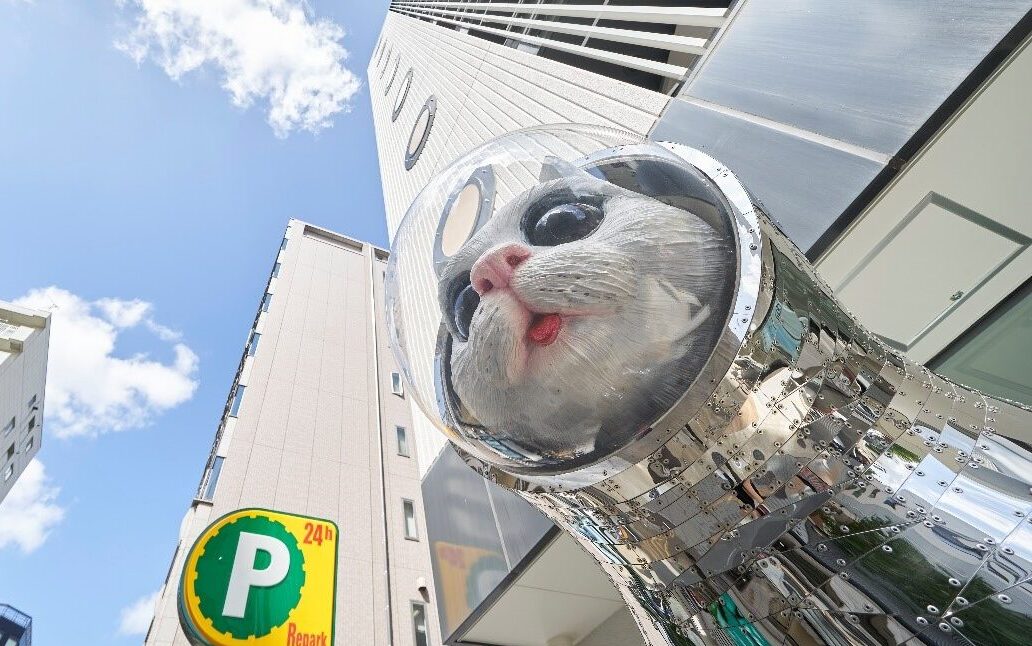 The giant cat🐈 is the symbol of WeBase.

We are often asked by guests and passersbyers, “What is this cat?”

Recently, during the Hakata Dontaku Festival, a lost child said, “There is a big cat there! and asked people on the street “Where can I find that cat?

He asked people on the street, and he made it back to our hostel without any trouble.😌 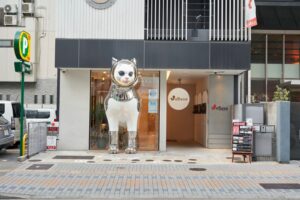 Let us introduce you to our an impactful & fascinating cat, the SHIP’S CAT ♪

Since ancient times, cats have been aboard ships with humans, protecting cargo, food, and ships from rats, preventing epidemics, and sometimes serving as a friend to heal the hearts of sailors.

They also served as friends to protect cargo, food, and ships from rats, prevent disease, and sometimes heal the hearts of sailors.

The motif of “SHIP’S” is based on the cat, the “guardian god of travel” that has traveled around the world together with humans.

SHIP’S CAT” was born in the motif of the cat, the “guardian god of travel” that has traveled around the world together with humans.

As an appropriate symbol of Hakata, the oldest port city in Japan, the “SHIP’S CAT” is a hostel that supports travelers from all over the world.

WeBase, a hostel that supports travelers from all over the world.

It was created by Kenji Yanobe, a contemporary artist, in 2017.

■ A closer insight into the SHIP’S CAT

represents its divinity as a “guardian god of travelers.

Also, the pose of the cat crawling out of the building through the golden door represents the divine nature of the cat to encourage the journey of people and young people with a future.

It is also meant to represent “departure,” “hope,” and “birth.”

The cat wears a stainless steel space suit and armor, which also represents hope for the future as it navigates through a confusing world.

The cat is also a symbol of Hakata, the oldest port city in Japan, and was created with the utmost care.

Born in Osaka in 1965, Kenji Yanobe graduated from Kyoto City University of Arts in 1991.

Since the early 1990s, he has been creating large mechanical sculptures with actual functions under the theme of “Survival in Contemporary Society.

The starting point of his creation is the “Ruins of the Future,” the former site of the Osaka Expo, where he spent his childhood on the playground.

His works with social messages in humorous forms have been highly acclaimed both in Japan and abroad.

Since 1997, he has visited Chernobyl wearing the “Atom Suit,” a radiation-sensing suit.

In 1997, he began the “Atom Suit Project,” a project to visit Chernobyl wearing a radiation-sensing clothing “Atom Suit. With the dawn of the 21st century, he shifted the theme of his work to “Revival.

In recent years, he has been working on a giant robot ventriloquist doll, “Torayan,” as well as the “The Fifth Dragon Maru” in 2009.

In 2009, he created “Lucky Dragon,” a ship based on the “Lucky Dragon Maru,” and has been actively presenting spectacular performances using fire and water.

After the 2011 earthquake, he toured “Sun Child,” a monument of hope, in Japan and abroad. 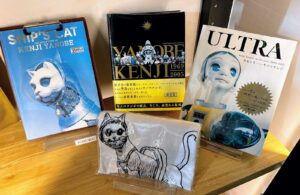 A collection of Kenji Yanobe’s works is on display next to the front desk and can be picked up freely.

Also on the wall across from the front desk is a mural painted directly by Kenji Yanobe. 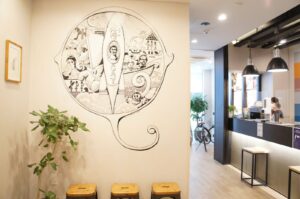 In ancient Egypt, cats were worshipped as gods, and cats were carried on ships to the sea

Cats are said to have spread throughout the world, and illustrations based on such stories are also drawn. 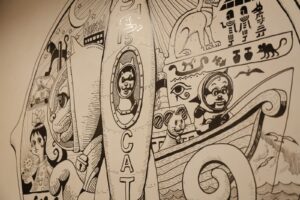 Also, if you look closely, you can see one of Kenji Yanobe’s art works, “Jumbo Torayan,” and other works.

Some rats are desperately trying to escape from “SHIP’S CAT”! 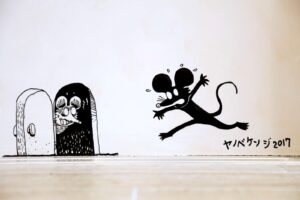 You may appreciate all of these illustrations in our hall.

And here is the sketch drawing displayed at the entrance.

It is a very valuable original drawing that became the starting point for Kenji Yanobe in conceiving the structure of “SHIP’S CAT”. 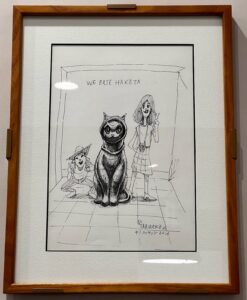 As you can see from the photo above, SHIP’S CAT  (a.k.a. “Nyapy”) in the production stage was about the height of a human being.

However, Yanobe’s intention for WeBase HAKATA, with its 164 beds, was to “bring the biggest cat since it is going to be the largest hostel in Kyushu.

I decided to bring the biggest cat,” Yanobe said of the 164-bed WeBase Hakata hostel, which has grown to this size 😲.

Quote: “The “Space Manekineko” created by Kenji Yanobe in Hakata is amazing!” 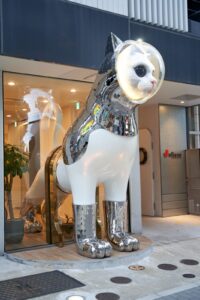 This is what it looks like from our hall! ♪ 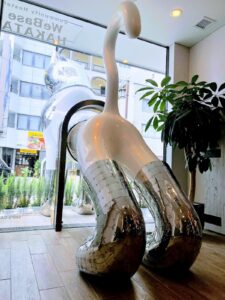 WeBase started in Kamakura and has now expanded to Hakata, Kyoto, Takamatsu, and Hiroshima.

Every WeBase has this “SHIP’S CAT,” but the first one was in Hakata!

A boy at Hakata Elementary School gave it the nickname “Nyapy,” and now it has become a popular street corner artwork.

Nyapy is now loved by everyone in Hakata as street corner art.

SHIP’S CAT has different designs for each facility, which is one of the charms of WeBase!✨ 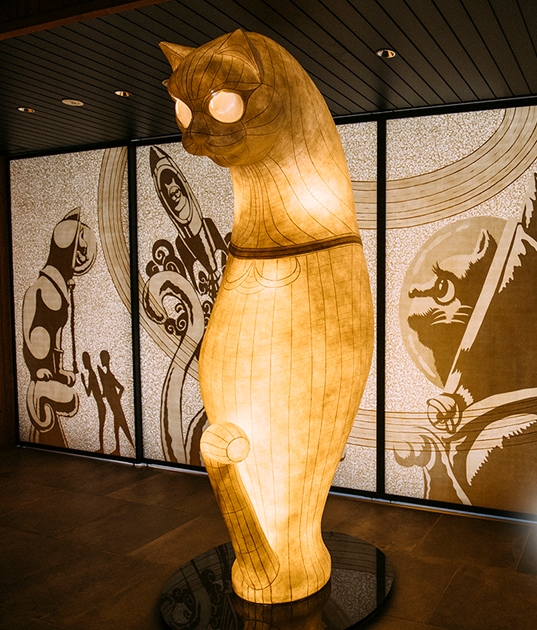 Just as Mr. Yanobe was inspired by the “ruins of the future” from the time of his childhood, so too are WeBase KYOTO’s guests inspired by his works.

WeBase is not just a place to stay, but a place that will stay in your heart.

I hope that your stay at WeBase will be more than just a place to stay, but something that will stay in your heart.

Please come and visit us at any WeBase across the country!😸